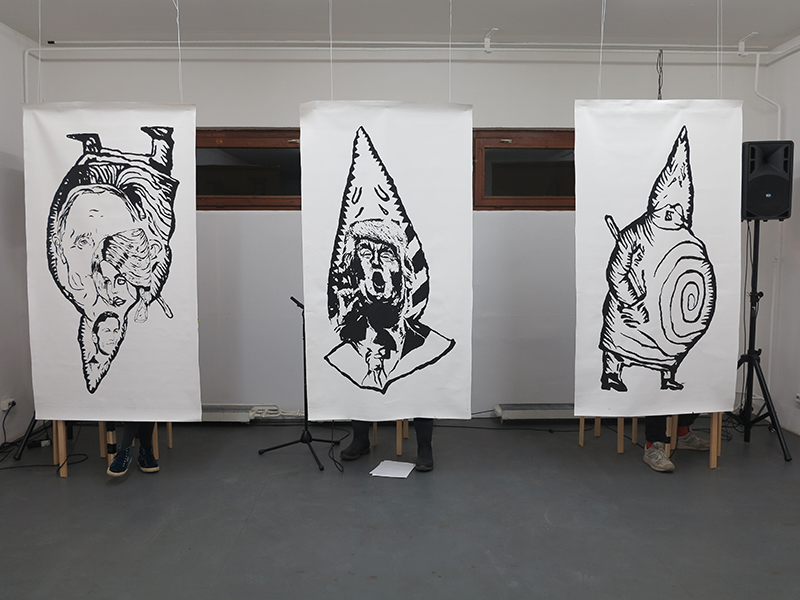 Alfred Jarry first presented his absurdist, expletive-filled play King Ubu in Paris in 1896, and instantly ignited a literary scandal. King Ubu not only influenced artistic movements such as Dada, Surrealism, and the Absurd Theater of Jean Genet and Samuel Beckett, but it anticipated, with frightening perspicacity, the catastrophic political madness of the 21st century.

Written in a rudimentary and comically nonsensical way—it even incorporates some of Jarry’s high-school stunts—the play lends itself to updating with contemporary slang and subjects. About 10 years ago, Rainer Ganahl rewrote Jarry’s text as Ubu Lenin, with Vladimir Lenin and his wife Nadezhda Krupskaya as the protagonists. Now, the advent of Donald Trump has presented an even more appropriately divisive, madcap, narcissistic stand-in for King Ubu.

Just like Jarry’s King Ubu, Trump and his cronies run their administration like a mafia family business, with barely fig-leafed personal enrichment schemes layered upon corrupt policies and, in all likelihood, treason. In Ubu Trump, the father, King Ubu, has been replaced with Ubu Trump, while Mama Ubu is reincarnated as Ubu Ivanka. Originally set in Poland and Russia, the new play blends Warsaw with Washington, and Poland with the USA, alluding to Trump's special dealings with Putin and the new right-wing government in Poland.

The actors perform behind three simple graphic panels based on Jarry's own sketches of King Ubu, and overlapped with renderings of the ruling Trump family: Donald, Ivanka, Jared, and their Russian guest, Putin. 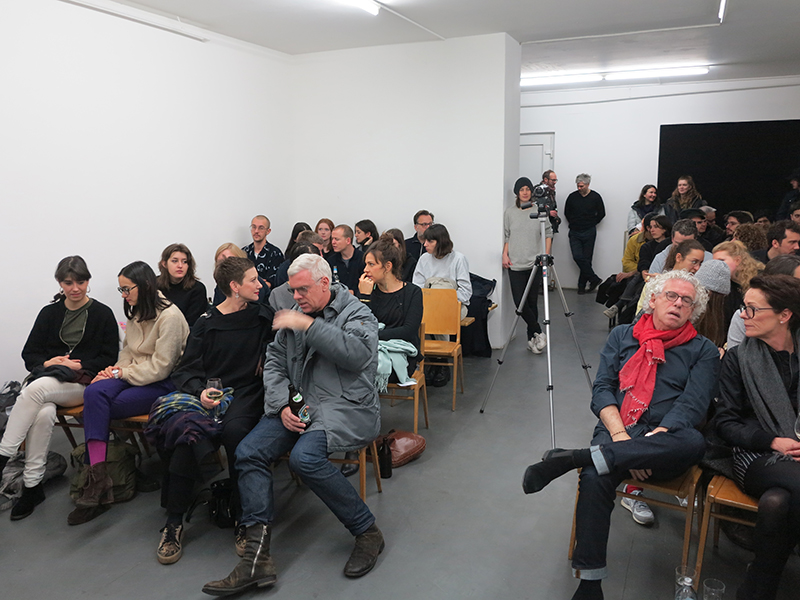 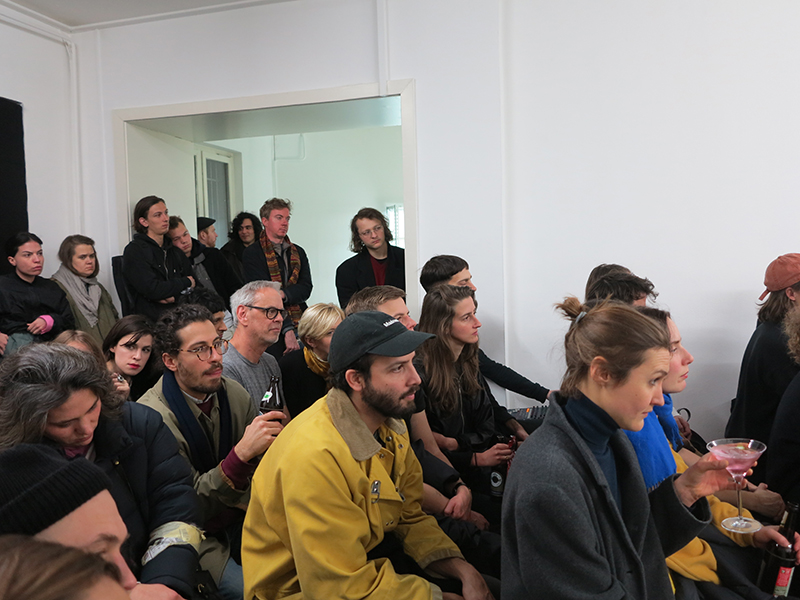 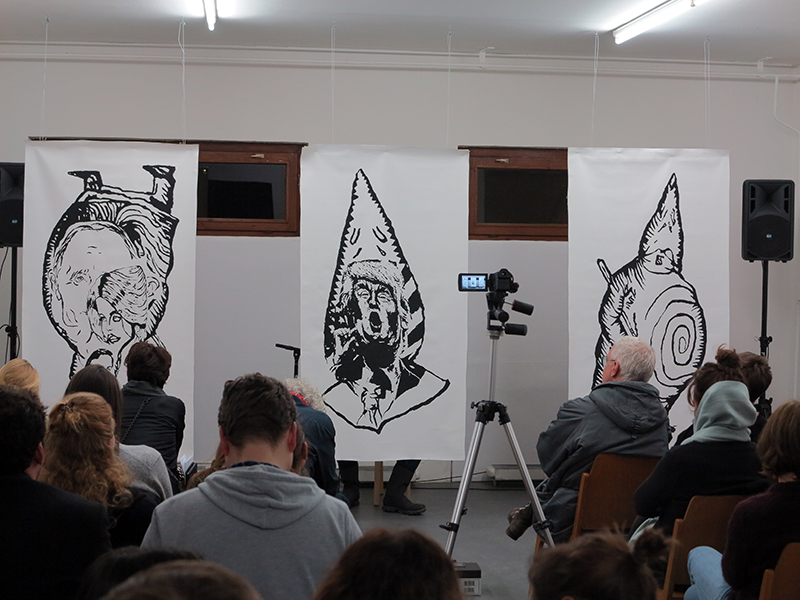 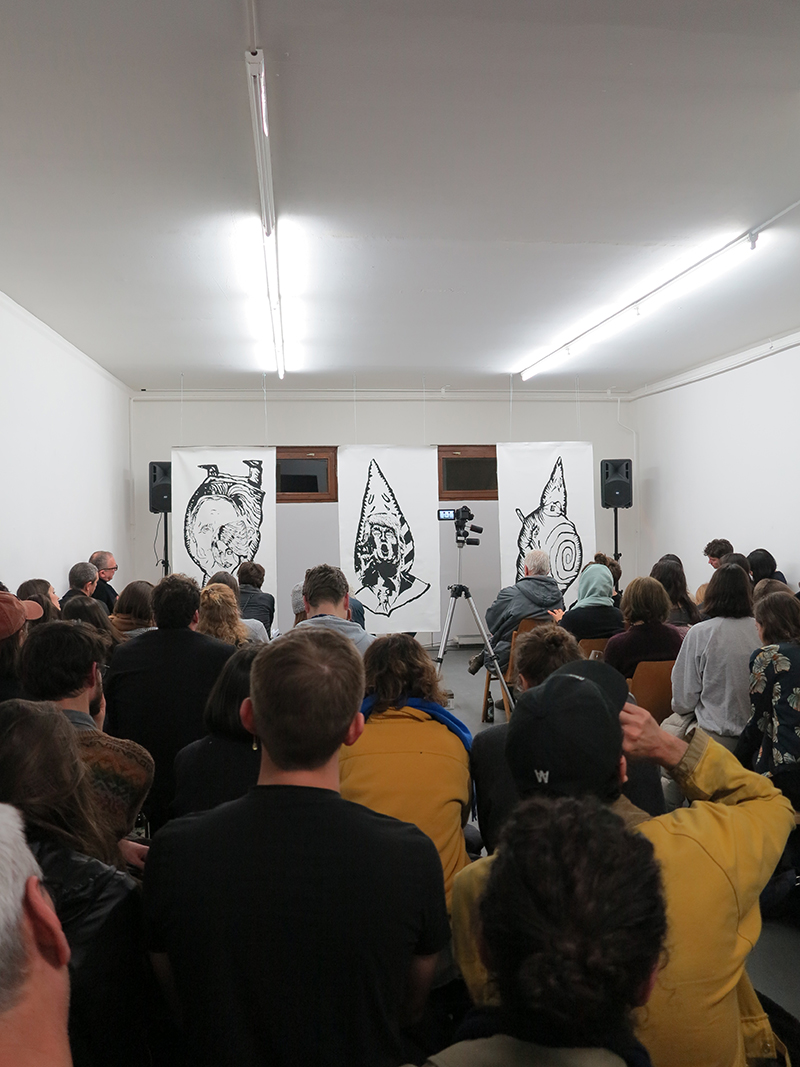 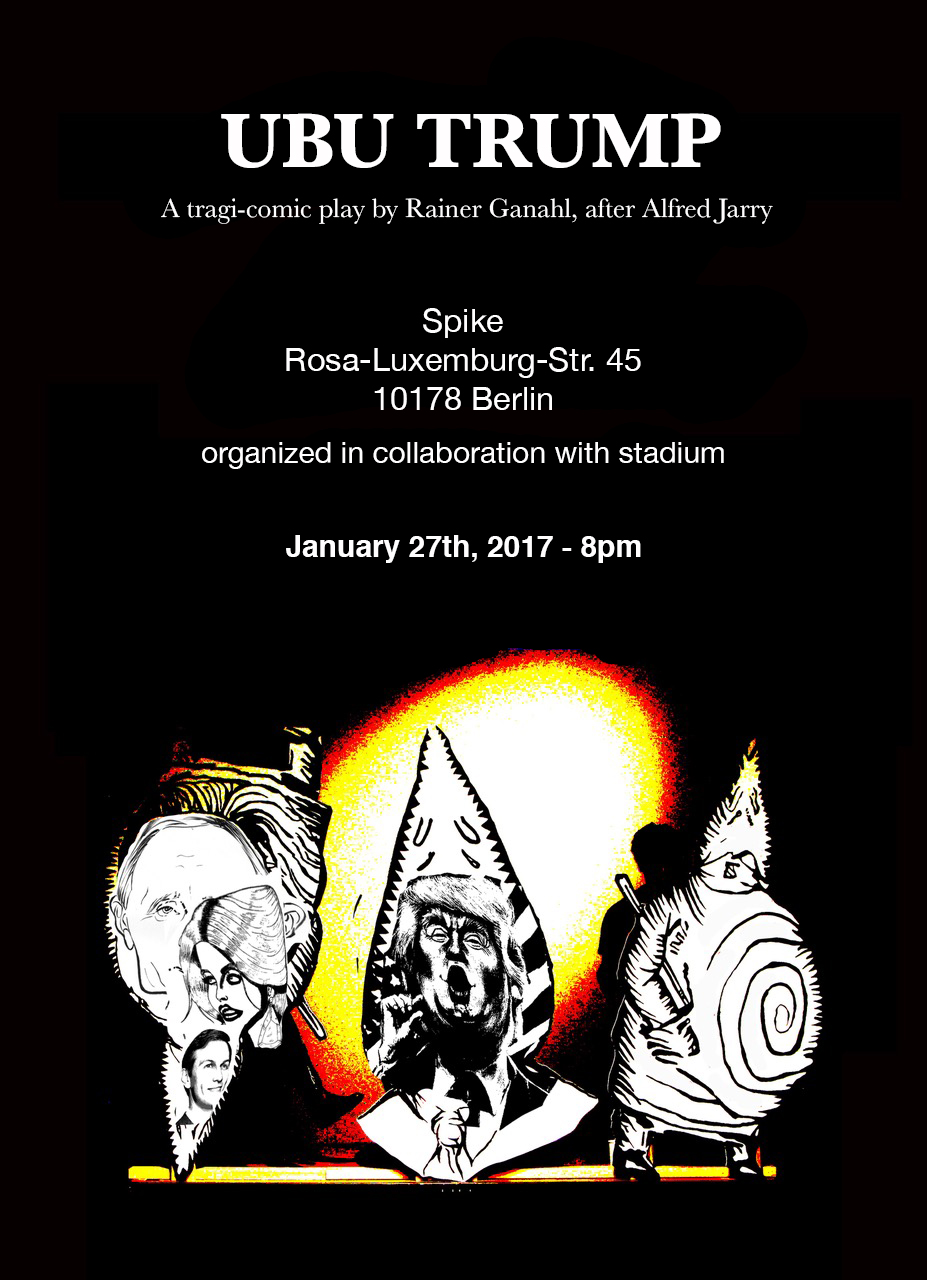